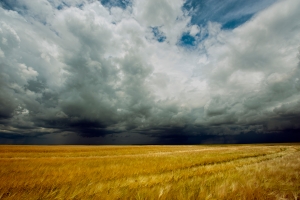 The area is heating up around Israel these days. A few facts below to get you up to speed on the events, followed by your investing options.

Fact 1. Tens of thousands of anti-Israel activists are planning a march tomorrow, March 30, in neighboring countries such as Syria, Lebanon and Jordan, as well as other supporting countries (e.g. Morocco). Similar initiatives in the past, albeit officially “non-violent”, soon became violent as some of the participants were actually professional terrorists. A similar march from Syria last May led to actually invading Israel’s borders. Luckily for the region, Israel looked the other way and essentially ignored the invasion.

Fact 2. Tomorrow (March 30) the Arabs also observe the Land Day, which is another annual excuse for violence and terror against Israeli targets (Google it and do the research yourself).

Fact 3. There are other reasons for the area to heat up. Some say that Assad (Syria) would love such opportunity to divert the international interest from his “internal problems” (violent oppression of the uprising against his rule). Others will point to a bigger player, Iran, with a similar interest to divert the fire (and this article, published a few days ago, describes an airlift from Iran to Syria towards tomorrow’s events). In addition, there’s yet another pending anti-Israeli event planned for April 15.

So now what? How should this affect your portfolio?

In the latter scenario, the Tel-Aviv Stock Exchange might be one of the victims. Now this is a serious “might”: TASE has shown an unprecedented stability over the last years, even during the 2008 global recession and some serious conflicts in the area. So anyway… in case TASE will show some weakness, here are a few suggestions (finally!) as to how to leverage this to your profit:

← Screening is not enough
The World’s Rudest Nations For Travelers →

How to be cooler than you already are: