The World’s Rudest Nations For Travelers 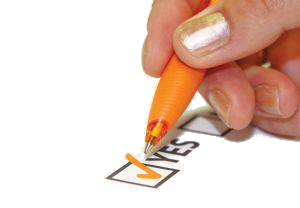 Recently, an online survey in skyscanner.net has aggregated the feedback of about 1200 visitors regarding their experiences abroad. Here’s a link to the original article (also here, here and here), where the results are summarized in the form of a list of the “rudest” nations for travelers: France is ranked 1st, Russia 2nd, and the United States receiving only 3.39% of the votes in the 6th place right after China in the 5th.

But this all sounds more informative than it really is. Here are some notes on possible inaccuracies in the survey:

And finally, one last humble opinion to share: People aren’t really “rude” to each other. The friction between two people from different cultures stems usually from their cultural differences, and not from some national personality disorders… so it’s not “do I think that this country is rude to tourists” that was tested here, but instead: “how I view the locals’ behavior in light of my own culture’s norms and values”.


[1] UPDATE, April 25: After a short inquiry with Skyscanner’s team (private communication), it was revealed that in fact more than 60% of the voters were of Great Britain (see example implication above).

How to be cooler than you already are: